Lido di Camaiore is a littoral zone of Camaiore.
Lido di Camaiore is the hamlet of an ideal city that, since the end of XIX century and trough the XX century developed along the Versilia and Apuana’s coast. Since the first years of ‘900 the idea of linear-tourist-bathing city has been realized trough the built boulevard and with the welding of all the attachment of the cities at the base of a hill from Viareggio to Massa Carrara.
Lido di Camaiore is located along the Versilia coast for development seafront of about three kilometers: born as a supplement to most famous and important sea side resort Riviera, or Viareggio that since the XIX century had seen a strong increase in building. At the beginning of ‘900 the increase in attendance during the summer season in Viareggio, pushed a part of the bourgeoisie in search of new spaces that, while continuing to be well served by connections, they were more relaxed and with a different urban structure respect to the mesh historic Viareggio. At the end of ‘800 Fosso dell’Abate, so it was known the first group of houses along the “Via del Fortino”, it was for some artists place to live in peace in Versilia.
Famous is a letter of Plinio Nomellini dated 31 December 1907 in which it calls the friend Galileo Chini to purchase the pine forest were it will be built the holiday house, today Club Hotel “I Pini”. In Nomellini’s letter he indicates the value of the house by pointing out the elements that characterize the area and the whole village for years to come: the proximity to the sea, the annuity location featuring all the coastal villages and the presence of an accompanying the pines lot.
Dividing by segments the development and the characteristics of Lido di Camaiore it creates the following diagram from the coast. The first range corresponds to the dune area, where they are the state property and where the beach establishments are erected: The system design is simple, and consists of the avenue to the sea and a range of blocks to be allocated to hotels and villas. The blocks are alternated with the roads for the access to the sea and the current squares Lemmetti, Matteotti, Principe Umberto and Castracani.
The beach establishments initially were born as a private wooden bathing hut modestly sized. With the growth of the hamlet buildings they become more and more  forms of organization in seaside plant, with guardianship buildings and booths no longer isolated but in succession with their services. At the first settlements which occur on the “Via del Fortino” and between “Piazza Lemmetti” and “Piazza Casilini”, following the allotment of the italic cooperative, along the homonymous street, the interventions along the “Via del Secco”, the parcelling of Gori along “Via Roma”, the parcelling of “Cooperativa Costa Fiorita”.
The quality of the construction was left to the private initiative, that only in a few cases built with low building density and it always neglected the road and the preparation of the public spaces. The subdivision of the “Cooperativa Costa Fiorita”, built near “Via I Maggio”, was an example of real estate transaction of good architectural level. The stylistic repertoire with which are designed and built the villas is as wide as possible. No shortage small architectures conceived as a pavilion for a big garden for both planimetric capacity and decorative elements, such as the cottage Marta Abba, cottage Lotti or cottage Dini.
There was, therefore, in the intentions of the promoters of the cooperative the will to ensure a general quality of architectural profile by providing to the investors a technical office which he was part the architect from Lucca, Carlo Sorbi, author of the more significant buildings, and also to ensure all the characteristics that a holiday place had to have: confidence, health, fame (the banquet of the Fosso dell’Abate by Chini, Viani and Nomellini) and at the same time the nearby worldliness of Viareggio.
With the dynamics impressed by the fascist urban policy, such as making the highway Firenze-Mare, or the construction of the connecting paths between the centers of inland and marine, it builds a real building boom on the coast. The superintendent and ministry directory strain to have this activity regulated by appropriate planning instruments. The expansion of connections between Lido and Viareggio, with four bridges on Fossa dell’Abate, is the continuity both formal and conceptual of coastal linear city.
1936 is the year of the task to the architect Raffaello Brizzi to draw up a master general plan for each of the coastal towns (nearly a inter-plan project). The Brizzi’s plan, although approved by ministry, was still subject to modifications approved by the administrations they concerned the splitting of properties more regular than that proposed, to go against the needs of the developers. Despite this, the plan has never implemented, while remaining the indications expressed in some aspects, nowadays, valid. We will have to wait thirty years to have a new master plan signed by Giovanni Michelucci and they will be the years of most property development, which occurred simultaneously with the years of the economic boom. At this period also dates back to the building of Villa Simonetta, designed by architect Giovanni Michelucci, situated at the corner of Via Monte Pania and Viale Sergio Bernardini, right next to the area which hosts the current Bussoladomani park. 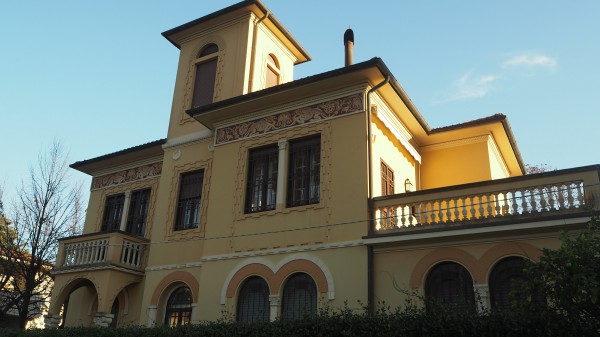 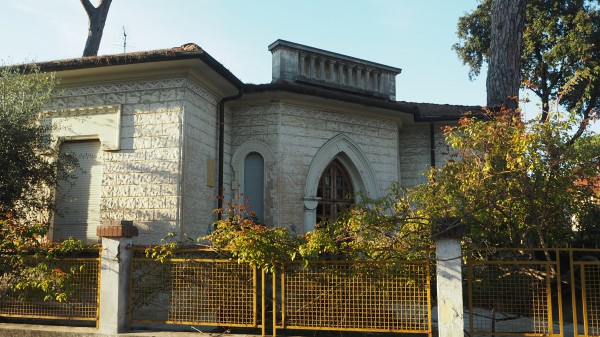 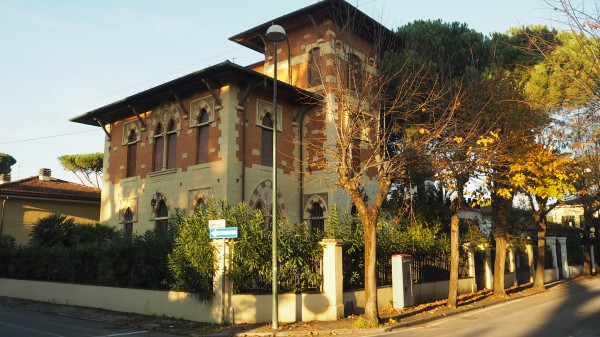 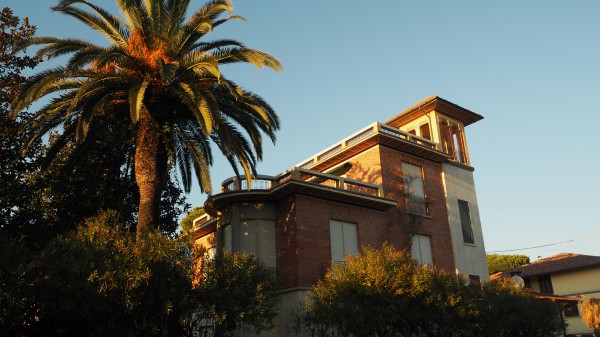 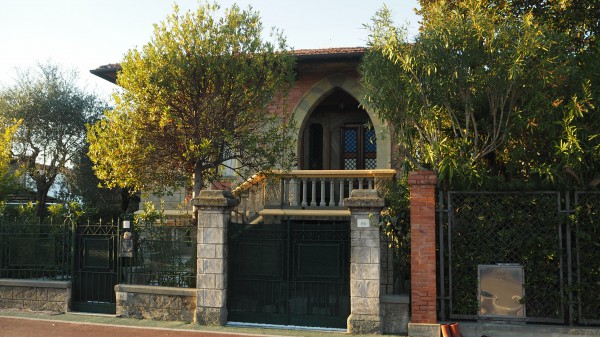 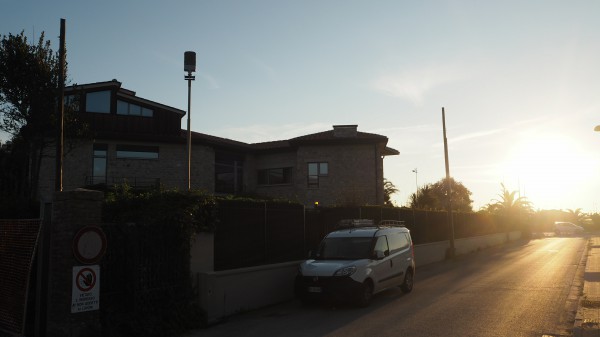 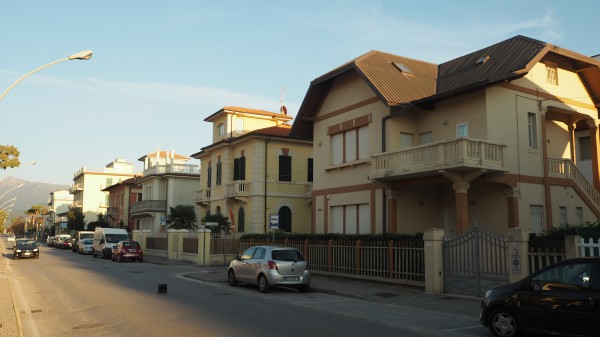 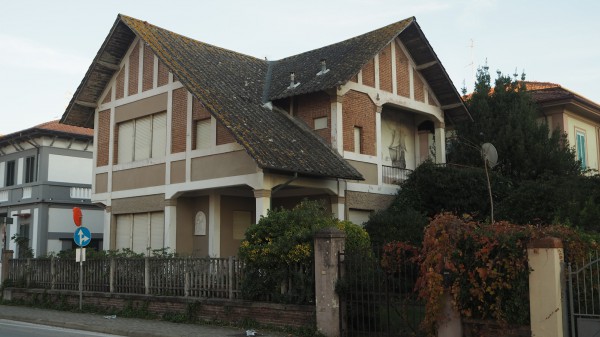 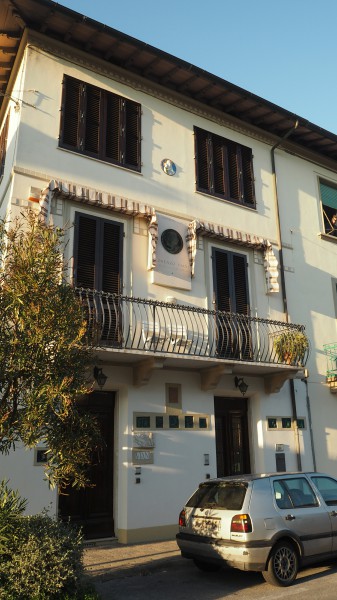 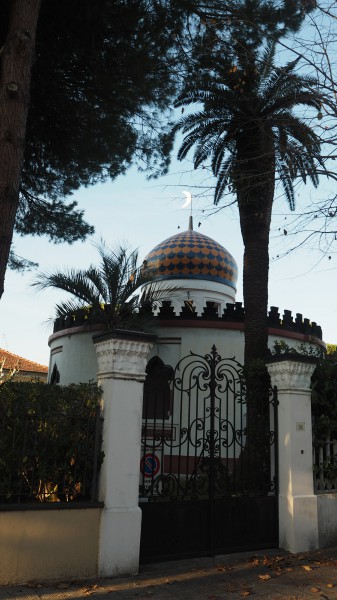 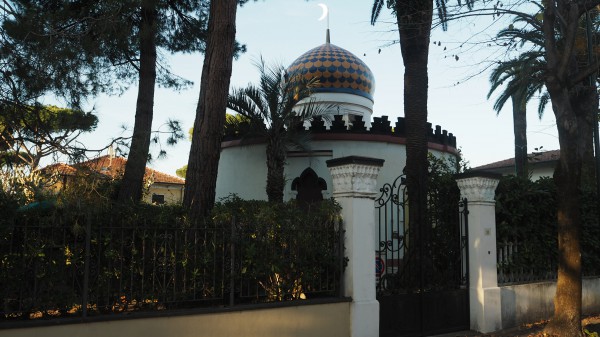 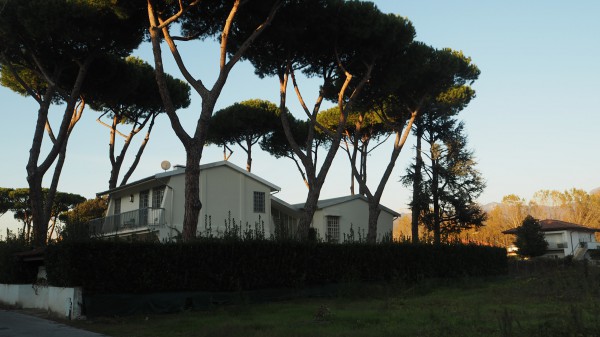