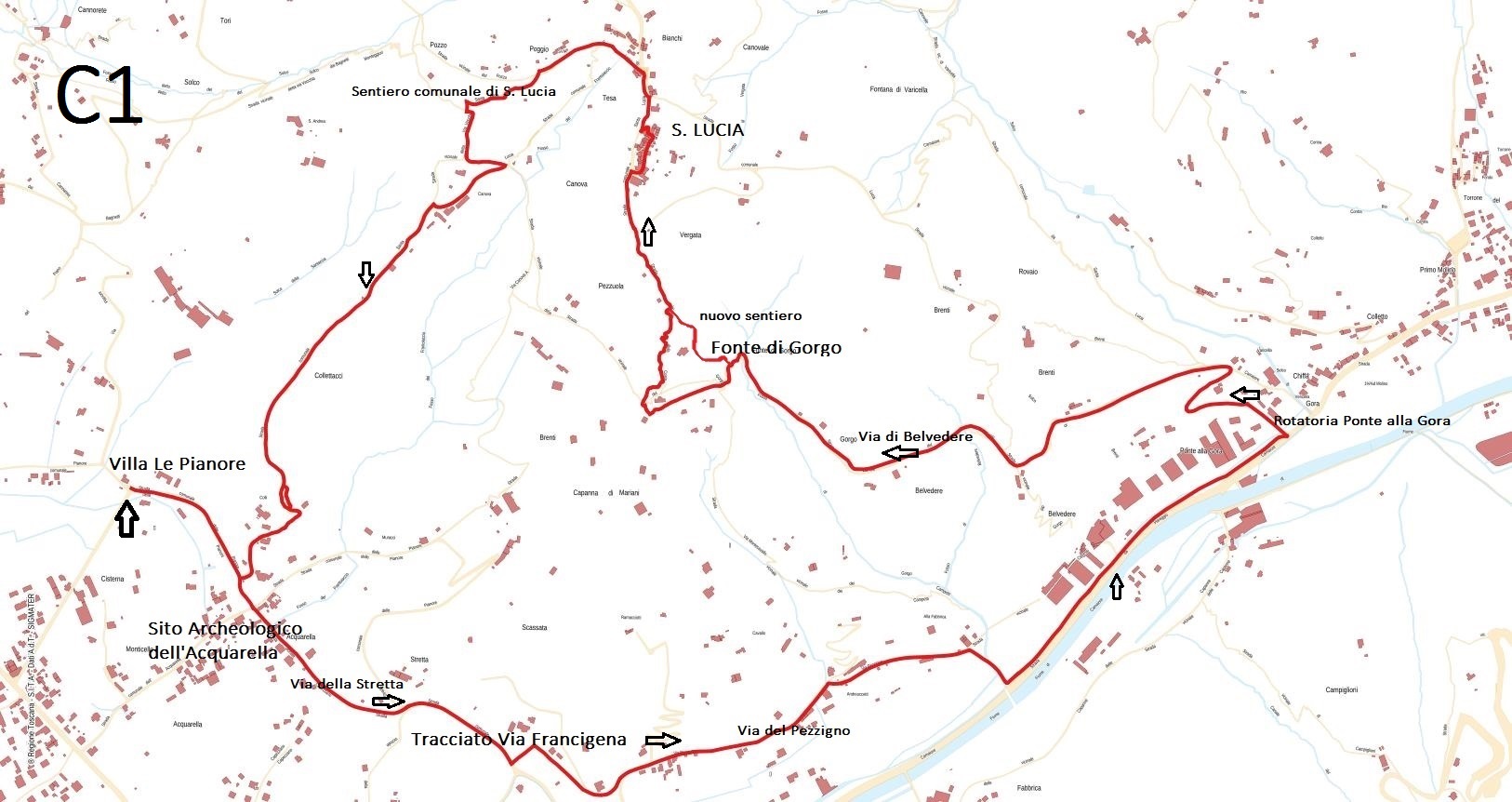 HIGHLIGHTS
VILLA LE PIANORE, it dates back to the beginning of the XIX century and it was the Borbone residence where the last Austrian emperor was born.
SANTA LUCIA VILLAGE, this ancient village was called «Vegghiatoia or Vegliatoia» in the XIII century.
VIA FRANCIGENA OR ROMEA  was an important medieval European route which connected England and France to Rome and it was used by merchants and pilgrims.
ACQUARELLA,ROMAN FARM this Etruscan - Roman archeological site was discovered during  construction works. The settlement shows different settlement periods, from Etruscan (VI-V sec. B.C.) to Roman Age and up to Dark ages (VI-VII sec. A.D.). You can only visit the discovery area.

The tracks are available by permission of Mr. Silvano Ticciati solely for the personal non-commercial use.