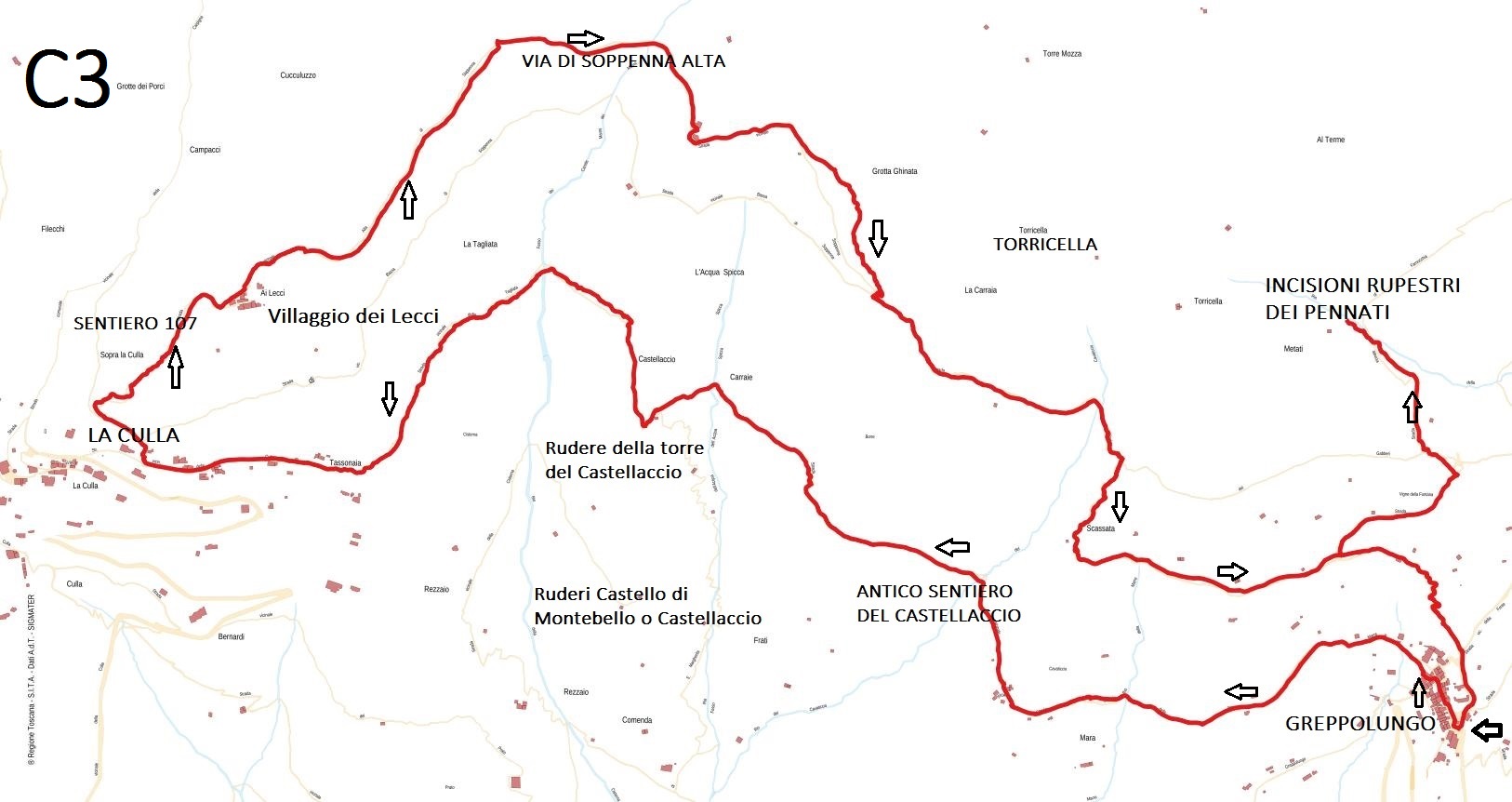 HIGHLIGHTS
GREPPOLUNGO VILLAGE, in the XIII century there was a feudal castle, then it was repopulated in the XV century. It is worth visiting  two millstones which are near the parking (private property).
MONTEBELLO CASTLE RUINS, the castle was built in the XII century. Nowadays you can visit the tower base, two millstones, some wall ruins and some dwellings.
LA CULLA, this village is on the border of Camaiore Municipality and its territory is between Camaiore and Stazzema Municipality. It has been mentioned since XVI century.
LECCI VILLAGE,  it was abandoned during the XVI century. Nowadays you can visit the ancient building ruins which have the original walls.
«PENNATI» ROCK: it is a big calcareous stone where the Camaiore Archeological Group has recently found many engravings which represent ancient «pennati» (a sort of machete), maybe used by the Ligurian Apuan population who lived in the Camaiore mountains before Romans.