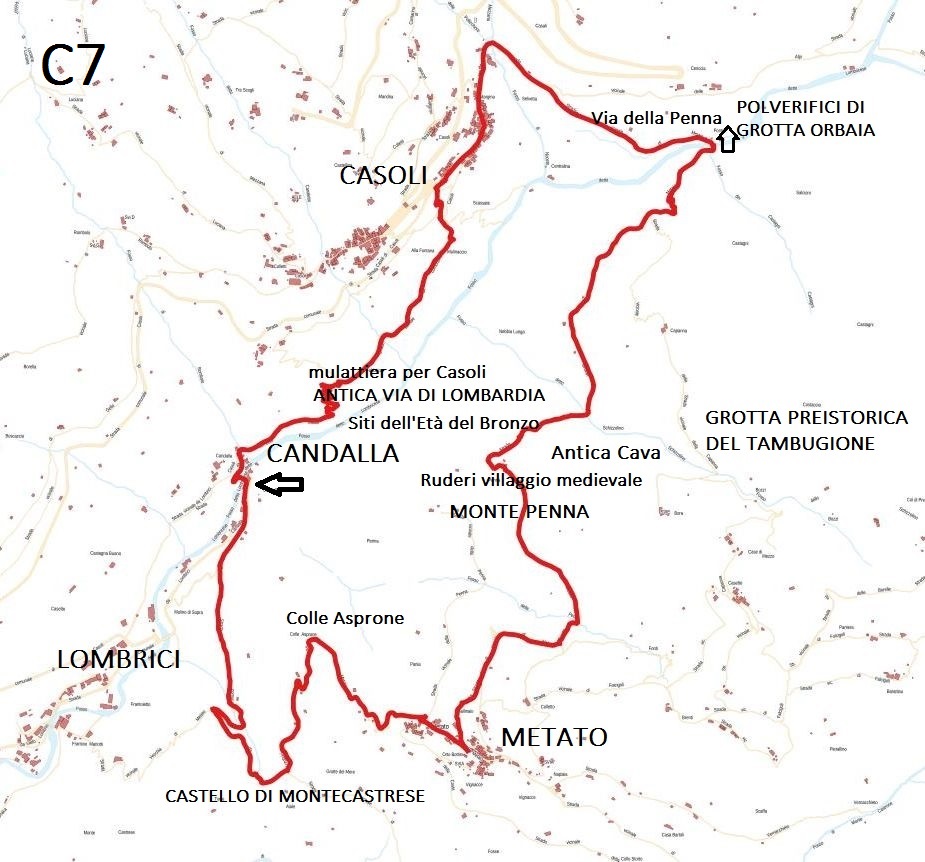 HIGHLIGHTS
TACCONE MILL, the name is due to the last owner, and it dates back to the XVI century.
BRONZE AGE VILLAGE, many shelters (sheds) were discovered in 1984 on the left side of the Lombricese creek. Evidences are now in the Archeological museums in Viareggio and Camaiore.
SMALL WATERFALLS NEAR GROTTA ORBAIA EXPLOSIVES FACTORY. Following the path from the Penna Bridge, you can reach the small waterfalls and the small nineteenth-century explosives factories (private property) which used to produce gunpowder for Carrara cave.
SCHIZZOLINO CAVE, is a grey marble cave that has been used since the XVII century and it was reopened in the XIX century.
TAMBUGIONE CAVE was used by prehistoric men about 5000 years ago as common burial.
MOUNT PENNA MEDIEVAL VILLAGE, the ruins are under the Mount Penna and they date back to the XII century. You can see dwelling ruins, surrounding wall and a millstone