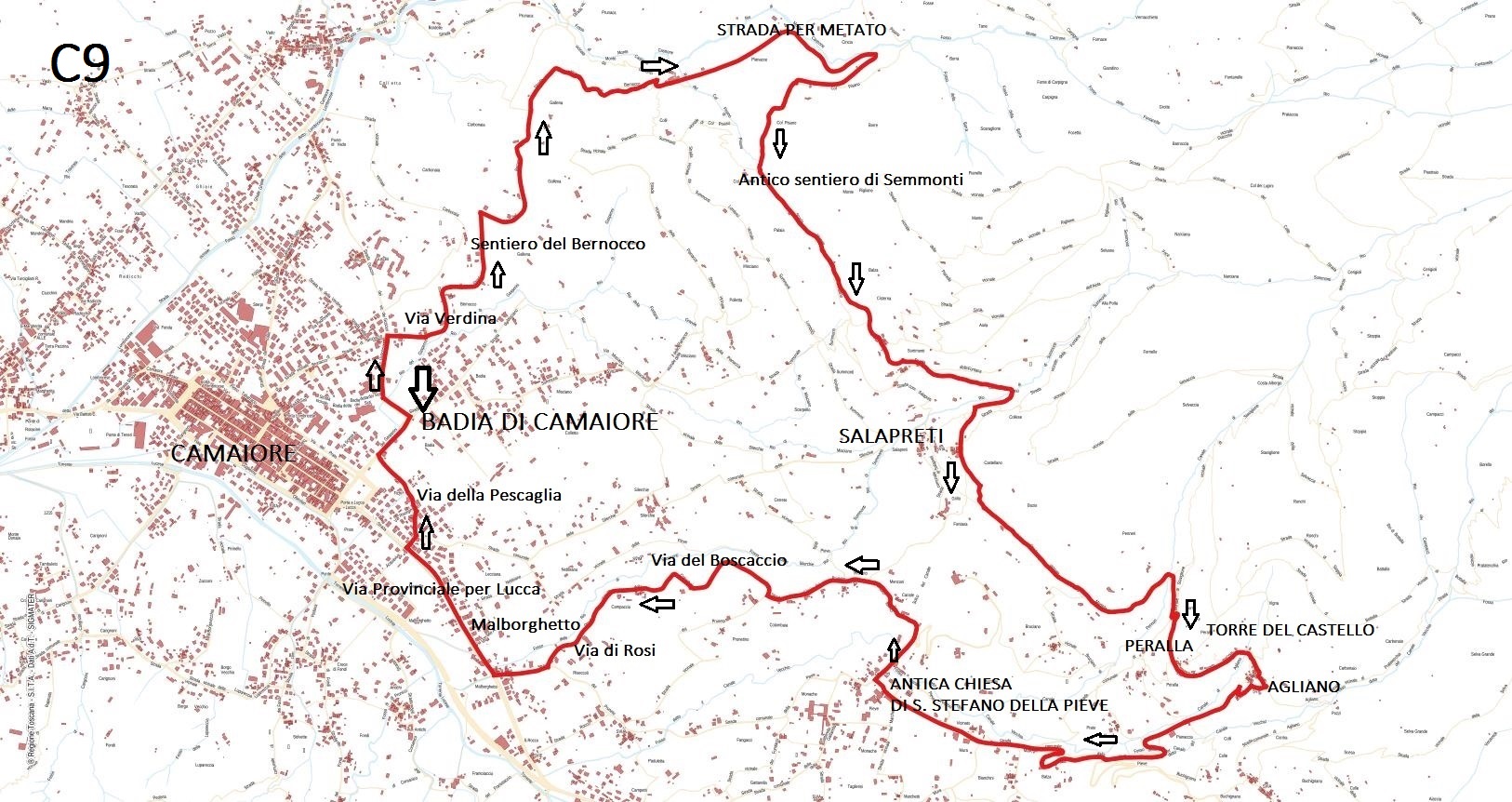 HIGHLIGHTS
BADIA DI CAMAIORE, ancient monastery consecrated to St. Peter, mentioned for the first time in 761. The wonderful church has an entrance arch and was changed during the XII century, as we can see  today. There are some cloister and surrounding wall ruins.
PERALLA CASTLE RUINS, in Peralla there was an ancient castle (XIII). Nowadays you can visit the highest part of the village (renovated by the artist Maria Fiore De Enriquez), a partly destroyed circular tower and parts of the surrounding wall.
SAINT STEFANO CHURCH was consecrated to St. Stefano, mentioned in 817. Its territory consisted of almost the whole territory of Camaiore. Inside the church there is a III century Roman sarcophagus and a XV century painting of Battista da Pisa.
PESCAGLIA SPRING, on the way to Pescaglia there is the Pescaglia Spring which was mentioned by the historian Bianco Bianchi (XV-XVI century)