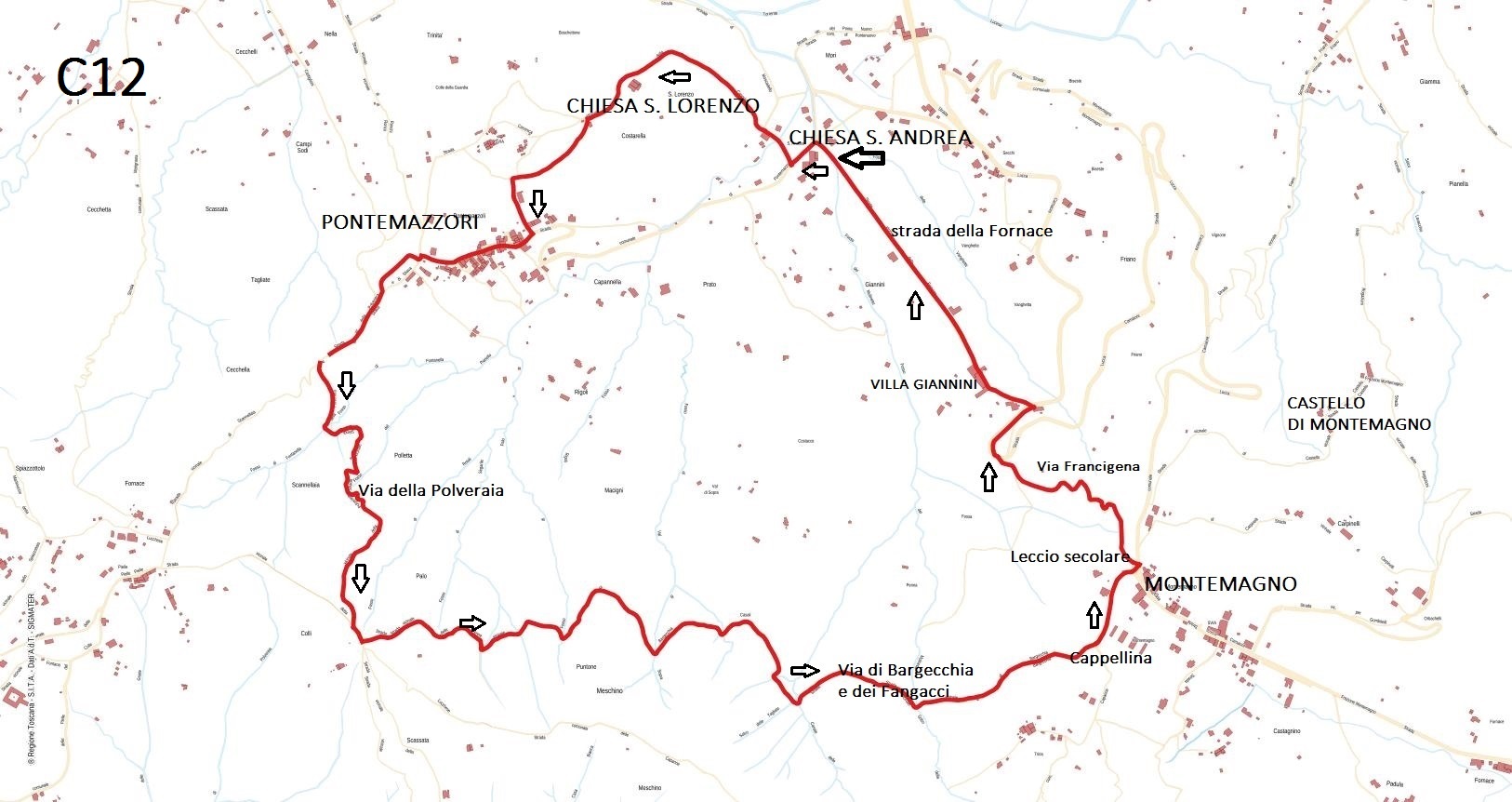 HIGHLIGHTS
SAINT ANDREA CHURCH was mentioned in year 885, completely renovated in the half of the XIX century. There are fleeting traces of the ancient church on the lateral eastern wall.
SAINT LORENZO CHURCH is located on a hill.  It was mentioned in the XIII century and was changed in the XIX century.
SAINT MICHELE CHURCH, mentioned in the 1129, is situated on the via Francigena or Romea. Next to the Church there was the namesake hospital for pilgrims and for  wayfarers, also mentioned in XII century. An older Church (IX century) was found  at the beginning of the century on the northern side of the Church, then a cemetery was built on it.
RUINS OF MONTEMAGNO CASTLE  are in the locality Castello (private propriety). The castle was the feudal residence of the nobility of Montemagno, one of the most important group of nobles in Versilia. You can still visit the ruins of the Church of  St. Bartolomeo, of the old walls and of the “palatium” with a big cistern.