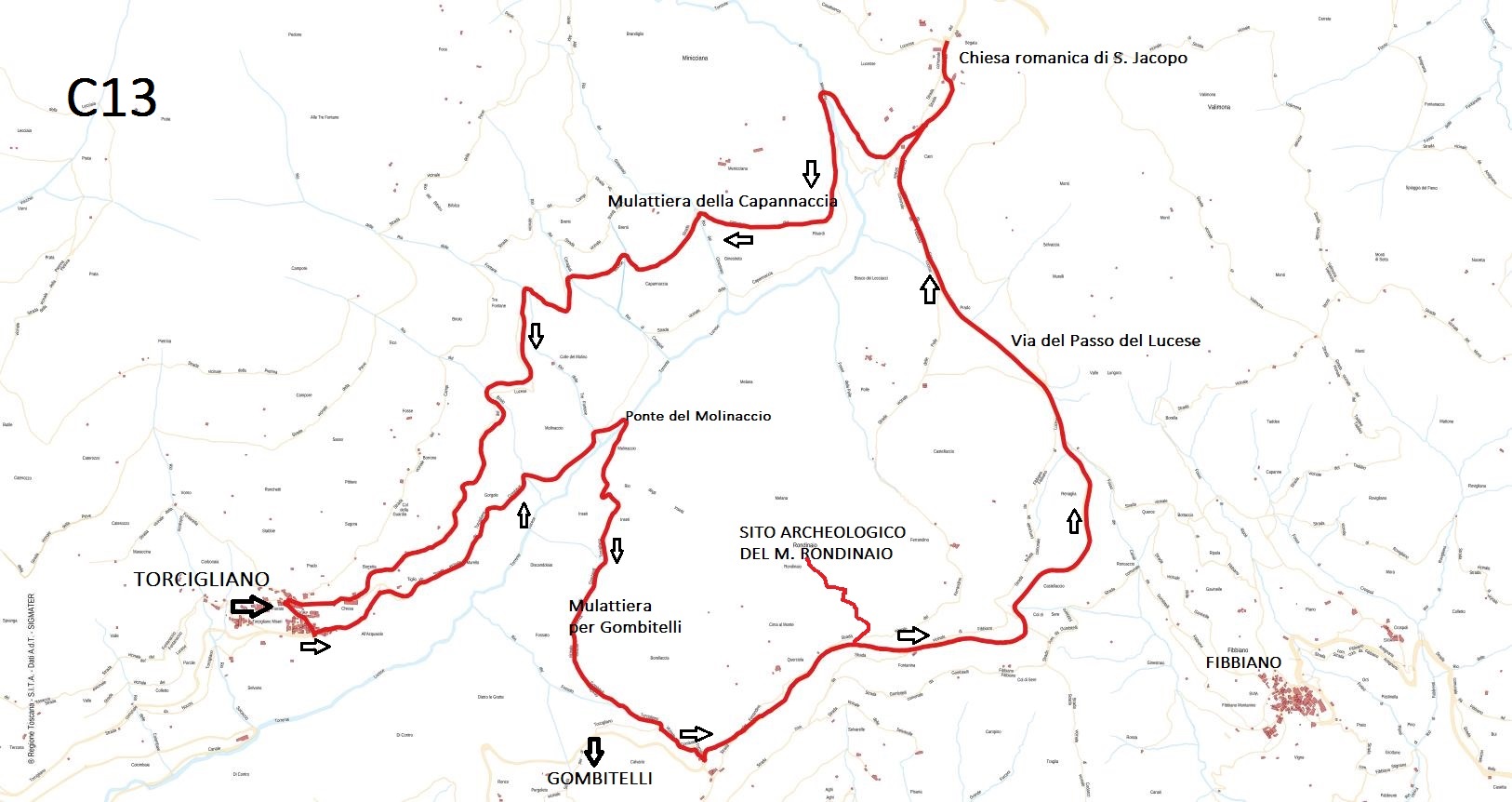 HIGHLIGHTS
TORCIGLIANO VILLAGE was mentioned in 984 as a village included in the area of Camaiore. The place gave birth to Giovanni Marracci, a painter disciple of Pietro da Cortona and Padre Ludovico Marracci, famous researcher and translator of Corano.
SAINT JACOPO CHURCH is a well preserved Romanesque church, mentioned in the XIII century with the hospital for pilgrims and wayfarers of “Alpi lucesi”. At the beginning, the Church was consecrated to St.Cataldo and St.Crispsino, and later it was consecrated to St. Jacopo.
BUCA DEL CORNO (cave) was pointed out in 1978 by the Archeological Group of Camaiore and it was dug  up in 1986 and 1987 by the Civic Museum of Camaiore. In the cave, at about 14 meters depth, there was a common burial of the Copper Age (about ten people among men and women), and also some flint arrows, marble objects and shells and two wonderful copper daggers.