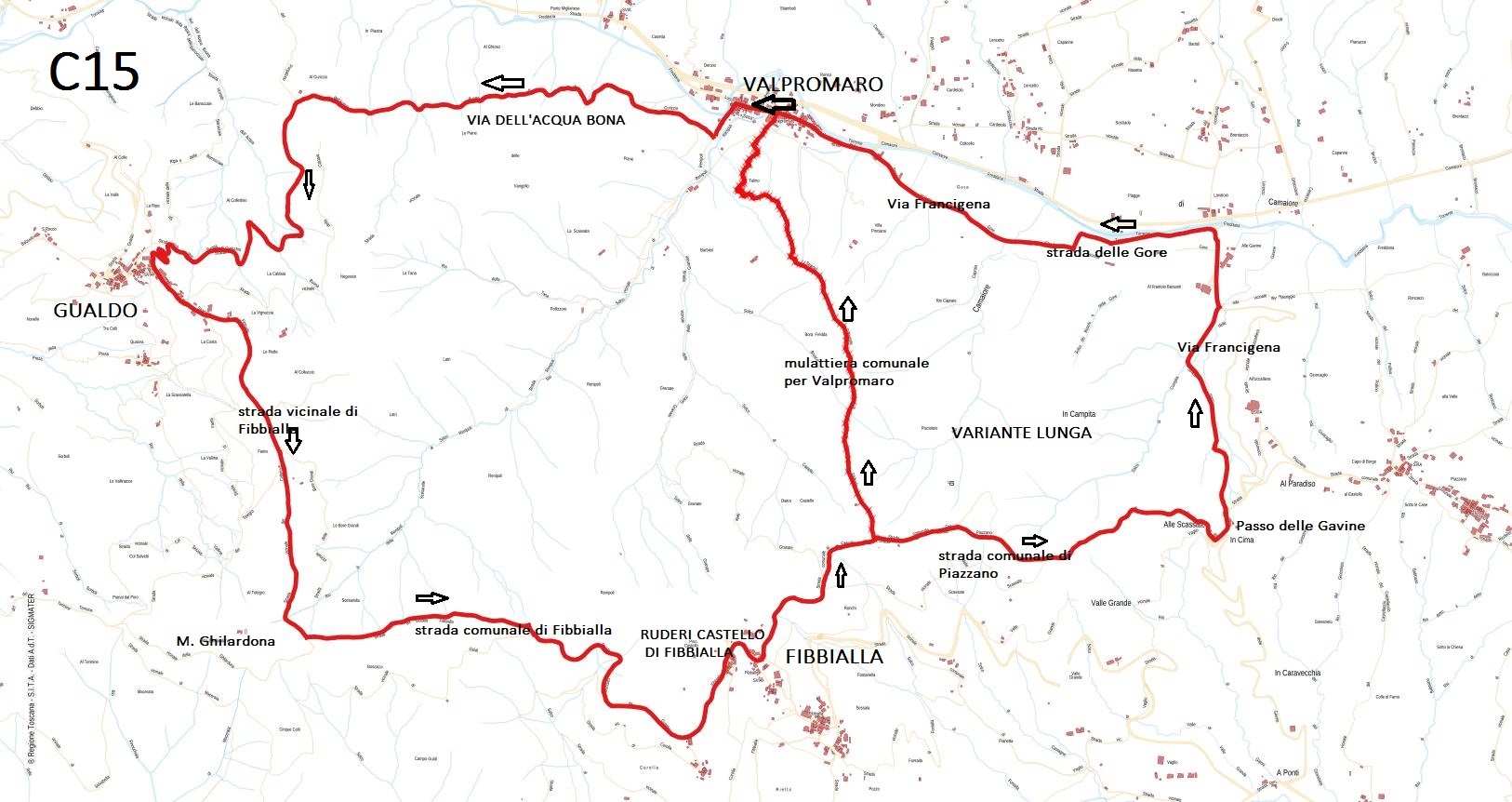 HIGHLIGHTS
VALPROMARO, ancient town, known since Middle Ages and crossed by Francigena or Romea way, its name comes from the primary Valley, the first valley you meet when you go to Lucca. Today this town is divided by the border between Massarosa and Camaiore.
S.MARTINO CHURCH, near this church in 1121 there was a place with the same name which gave hospitality to wayfarers and pilgrims. During the XIX century it has been considerably restored. In the rectory there is a functioning hostel for modern pilgrims.
FIBBIALLA CASTLE, ancient castle mentioned in 1121, built thanks to the will of Bishop of Lucca. What you can see of the whole fortified structure is the ruin of a tower tank, on a private property. There were ancient walls but today there are no more ruins.
FIBBIALLA VILLAGE, this is a very ancient village which was mentioned in 984. It was feud of Canonici of St. Martino until 1799. The original church, consecrated to Saint Peter and dated back the XII century, was modified and extended in the second half of the XIX century.