THE CHURCH OF SAN MICHELE ARCANGELO AND ITS HOSPITAL 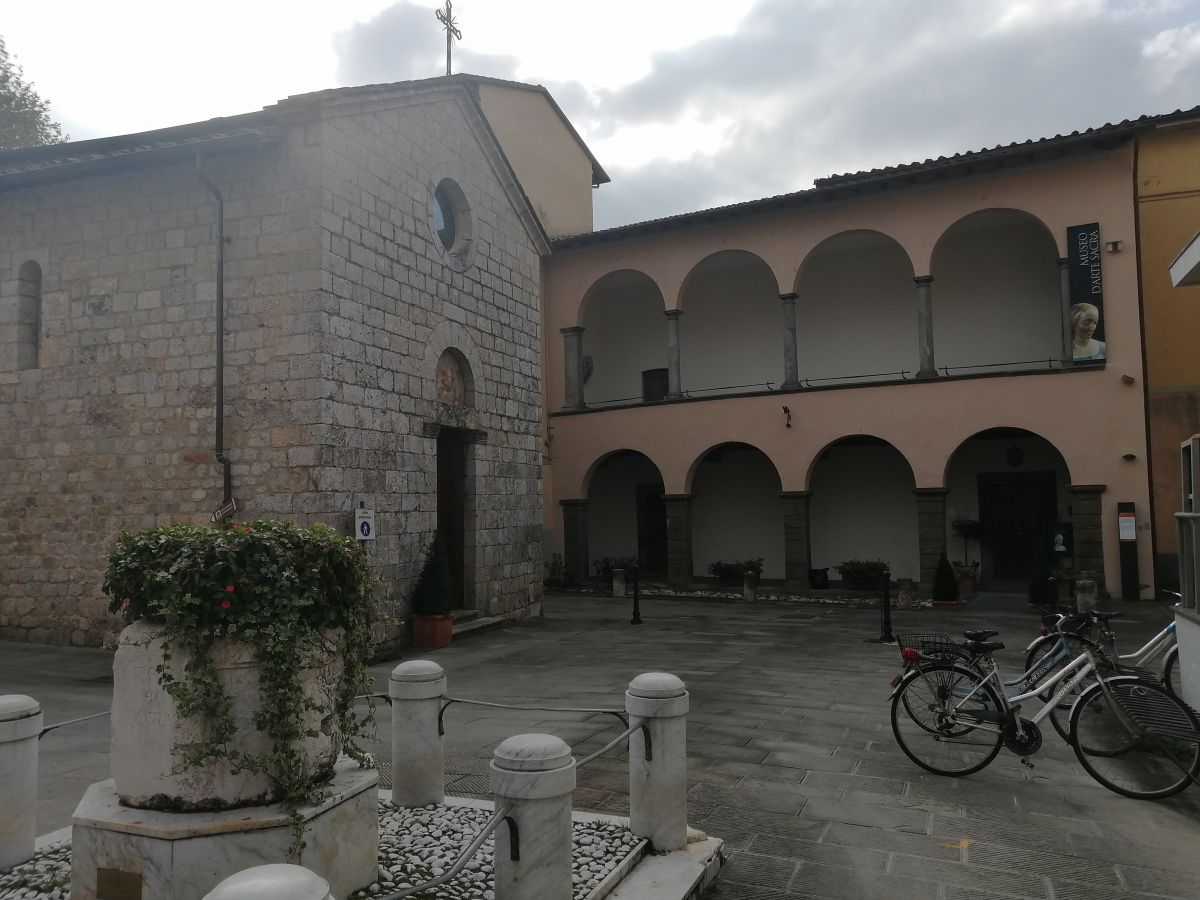 The church of San Michele Arcangelo (and its hospital) is located in the original centre of the village of Campus Maior. Back in the tenth century it was already an important stage on the Via Francigena, as it lies between Lucca and Luni, two ancient Roman colonies.

The structure of the church corresponds to the one of the traditional Tuscan pieve. It is an aisleless church with gable roof and an apse, underlining the high altar. Both outside and inside there are exposed stone walls. During World War II, in 1944, the church of San Michele Arcangelo suffered a bombing that caused its destruction. Today it is visible thanks to an accurate reconstruction made immediately after the terrible incident.

The Hospital connected to the church is composed of two orders of four seventeenth-century arcades and today it houses the Museum of Sacred Art, located on the route of the via Francigena. The right door of the building is noteworthy, as on the top of it we can admire one of the four Nomi di Gesù (Christograms) with the thaumaturgical monogram and the inscription indicating the year 1631, when the plague spread to Lucca. Camaiore was the only city in the whole province to be spared and this miracle was thought to be due to the promise made by St. Bernardino in the fifteenth century. The Nome di Gesù, now located on the top of the Museum entrance, was once in via Cafaggio, n° 24. The remaining three monograms are respectively in via Verdina, n° 25, in via IV Novembre, n° 128 (in front of the church of Santa Croce) and in via XX Settembre, n° 124. All of them present the same inscription: “LIBERA NOS PROPTER NOMEN TUUM DOMINE  MDCXXXI”. (“Free us by your name, o Lord 1631”) 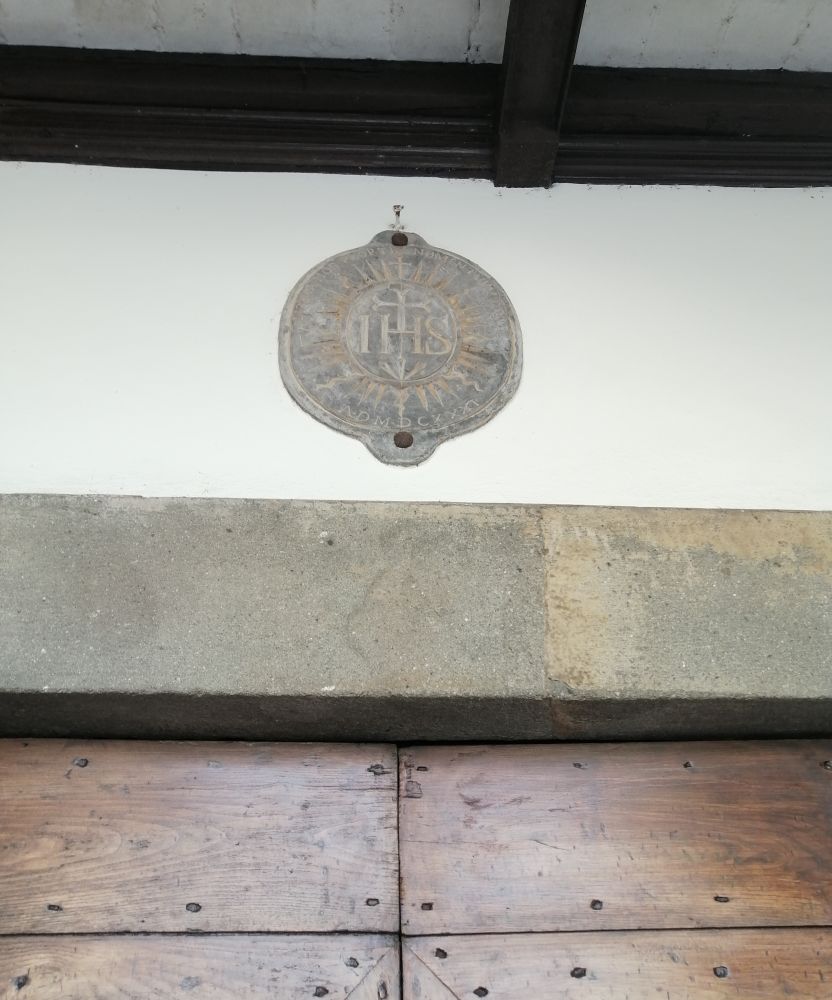 A stratigraphic excavation led by the Archeological Museum between 2008 and 2009 revealed the existence of a previous religious building on the Francigena square. It was dated to the ninth century A.D. but no document cites it. The location of this church is slightly different to the one of San Michele, as it lay nearer to Palazzo Tori-Massoni (the building housing the Archeological Museum). The area right next to the church was used as a cemetery: the graves were small and not very deep and they overlapped with each other. At the beginning of the eleventh century the building was abandoned and around the mid-twelfth century the few remaining walls were demolished in order to reuse the stones for the construction of the church of San Michele Arcangelo. On the other hand, the cemetery was widened to cover even the area of the previous church and it was active till the fifteenth century. Earlier mainly newborns, children and teenagers were buried there, later the majority of the corpses belonged to adults, including pilgrims and wayfarers that had been hospitalized in the nearby Hospital. 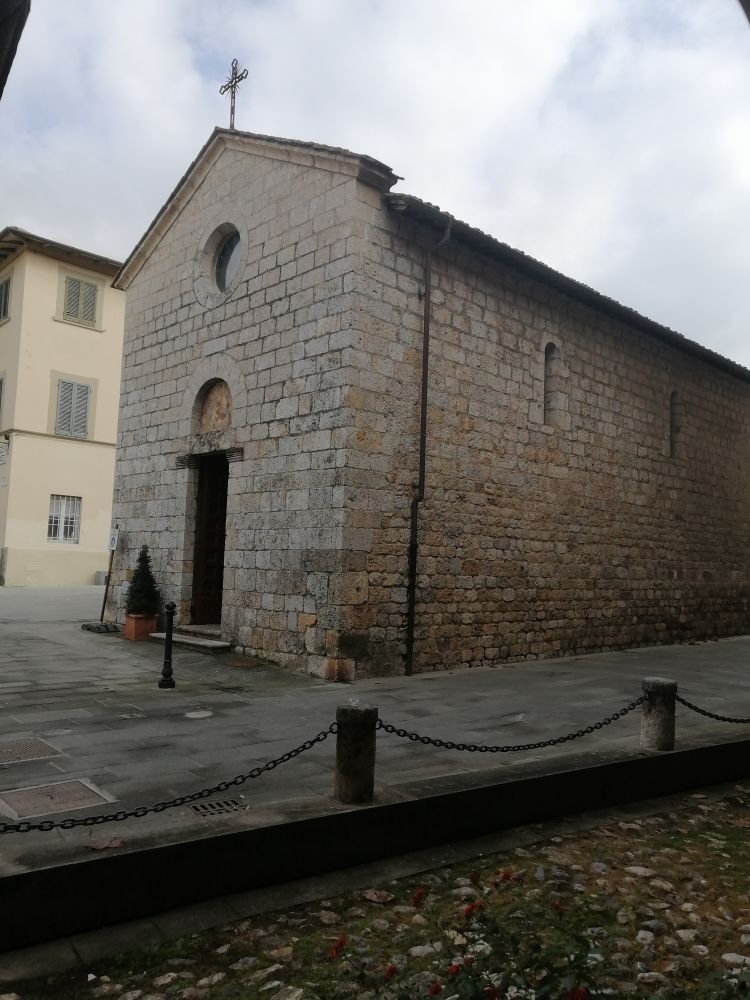 The first written proof testifying the existence of the church of San Michele dates back to 1180. According to that, at that time there was a chapel dedicated to the Archangel that was already very influential and active. In the document - dated precisely April 28th 1180 - pope Alexander III admitted the monastery of San Pietro (Badia) under his own protection and confirmed its properties that included the church in question. By his words it is also quite clear that the church of San Michele had already long been subject to the monastery. As regards the Hospital, it is mentioned in a document dated September 27th 1262: the deed of foundation of the Hospital of San Luca della Misericordia in Lucca, to which it joined. In the fourteenth century we have just one mention. In 1382 the bishop Antonio visited the churches of Santo Stefano, Santa Maria and San Michele. Referring to the latter, he talks about a Hospital that was partly connected to the church. Some immediately later documents testify the flourishing of the Hospital of San Michele in Camaiore and its connection to the one of San Luca della Misericordia in Lucca. In 1467 the bishop visited the hospital once again and was struck by its organization and the kindness devoted even to strangers. At the beginning of the sixteenth century the hospital continued to grow in importance, being influential not just in Camaiore, but also in the whole province of Lucca. Its properties grew as well, as testified by a cadastral map dated 1525. But the decadence of the hospital was about to start. Another relevant piece of information is dated 1807. In that year Felice I, prince of Lucca, confirmed and renewed the duties of the society running the hospital (Compagnia di San Michele Arcangelo). Do good works, helping poor people, welcoming wayfarers and sick people: these were the main goals. By these historical data we can discern that the church of San Michele Arcangelo and its hospital played a central role in the city of Camaiore and not only. What is beyond question is that the history of the complex is bound tightly to the great quantity of pilgrims arriving in Camaiore through the Via Francigena. The prolificness and the following decay of the church and its hospital cannot be understood without taking into account the connection of the complex to this pilgrim route that represented the very core of the Middle Ages. 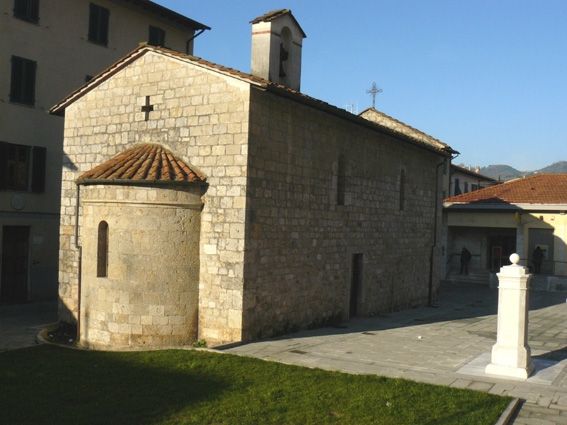