The complex of Villa Borbone Pianore is made up of buildings from different eras: the central body was built in the late eighteenth century, while the south side dates XIX century.  In 1964 it has been added to a new building in the north.  The Central body, the most ancient part of the villa, is a building of modest dimensions, the result of restructuring of a mill sold by Onsucci family to Maria Teresa of Savoy Duchess of Lucca, the wife of Duke Charles of Bourbon, in 1826 that allowed it to villa.  The construction was a chapel which underwent several changes over ‘800.  From 1878 to 1888 He worked at the villa the architect from Lucca Domenico Martini, who, on Roberto di Bordone commission , grandson of Charles Louis, Duke of Lucca, he realized the massive three-floors building and He realized the changes to the eighteenth century chapel which incorporates some architectural themes Renaissance, as can be seen from the decorations ashlar, with curvilinear gables over windows, and from the plant of the building, which has the recessed central body.  The arrangement of the park is the work of the architect and landscape architect Dechamps made simultaneously to the nineteenth-century building, it is extremely interesting: in its vegetation are mixed native species and exotic ones.
Among the latest we must remember the ginkgo biloba, different species of palms, the sequoia, the liriodendrum tulipifera, the olea fragrans, the os Manthus ilicifolius, the maclura, the mahonia . In 1893 was built the wooden façade of the chapel during the wedding of a daughter of Duke of Bourbon and that now presents a curious neo-Renaissance façade through a painted wooden structure with a portal with lintel, the eardrum and a bezel carved that simulates the ceramics of Della Robbia. Inside there is a wooden altar of the XVII century, coming from the Rinchiostra of Cybo Malaspina in the villa's chapel.

Edifice’s description
MARIA TERESA’S VILLA - The central body is made up of the villa Maria Teresa of Savoy, who had it built after the purchase in 1826 by Orsucci.  From an archival document we know that the first floor of that villa there were the apartments “per i suoi gentiluomini e le sue dame d’onore; al secondo piano la guardaroba per la biancheria di casa e delle tavole, le camere per la servitù, al pianterreno il salone, sala da pranzo per la Duchessa e famiglia e la ua corte, la cucina e le stanze da pranzo per il persinale”.
DUKE ROBERTO’S VILLA - The body placed on the south side, today home of major exhibitions, is the villa that was built in 1888 by the Duke of Bourbon Roberto.  It’s on three levels starting with the main entrance that consists of a rich atrium polychrome marble flanked by two wooden doors beautifully inlaid and dating to the era of the construction.  On them stands the family coat of arms of the Bourbons Principles Parma, consisting of three lilies with two dragons sides.  The portal is engraved in gold letters written Robertus parmae ​​Dux (Roberto Duke of Parma). On the right one the date of the building of the Central body of the villa (1888).
On the ground floor, to the input side, there are several smaller rooms for guests.  It follows the library, for the magnificent coffered ceiling and carved cabinets and a marble fireplace.  From the library, through two doors, you enter the reception hall.  On its background there is the Painted copy of a tapestry with the Coronation of Louis XIV.  The room is carpeted in damask red, interesting and decorated the ceiling.  It follows another representative room with fireplace white marble and carpeted in green damask called Green Room. It follows the White Room or the dining room of the princes, decorated in gilded “stucco”.  Going up by a wide staircase leads to the first floor that begins with the Duke Roberto studio and the bedrooms of the Princes.  On the ceiling we can see the representation of the marriage of Madonna and princely coats of arms.  To the second floor there were the children's bedrooms and a room used as a school in addition to the rooms for the servants.

The latest villa’s events
In 1952 the villa was sold by the Bourbons to the Religious Congregation of Cavanis charity schools, and was Long used as a school.  To lodge the students of the boarding school it was built in 1964 the block.  On May 9, 1892 in the villa of Duke Roberto de Bourbon was born the Sister Zita of Bourbon, who was the last empress of Austria, wife of Blessed Emperor Charles l of Austria.  Today the villa is the property of the religious order Cavanis. 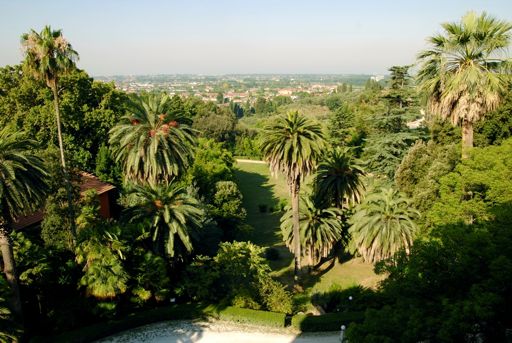 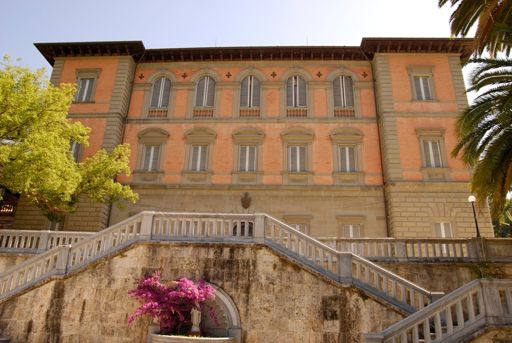 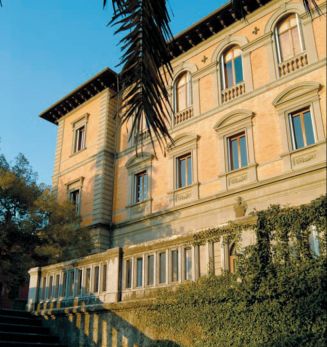 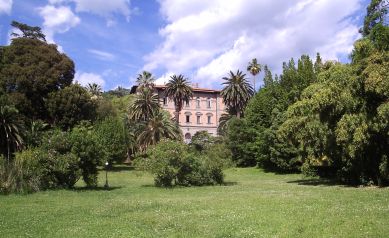 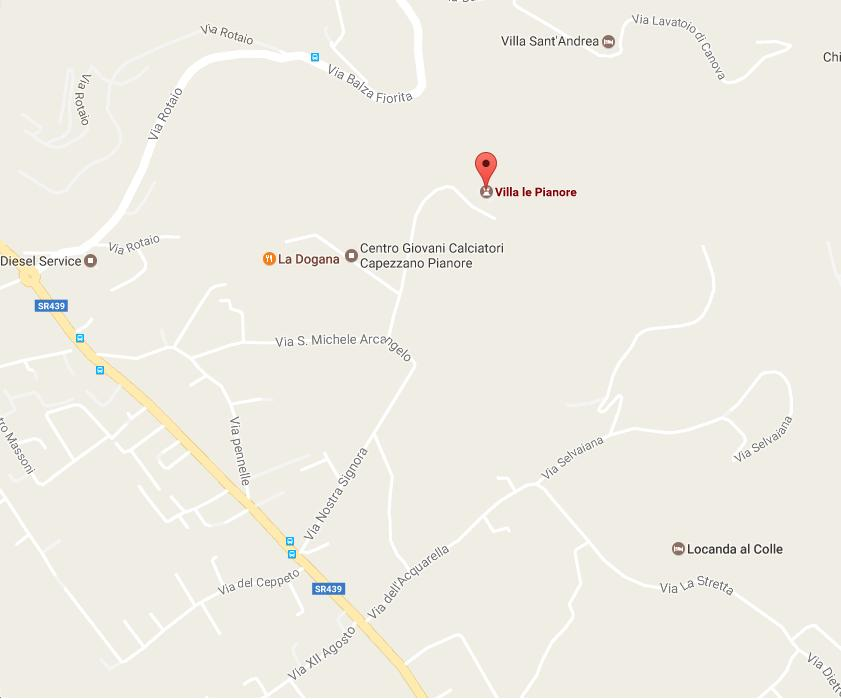