THE MONASTERY OF GELLO 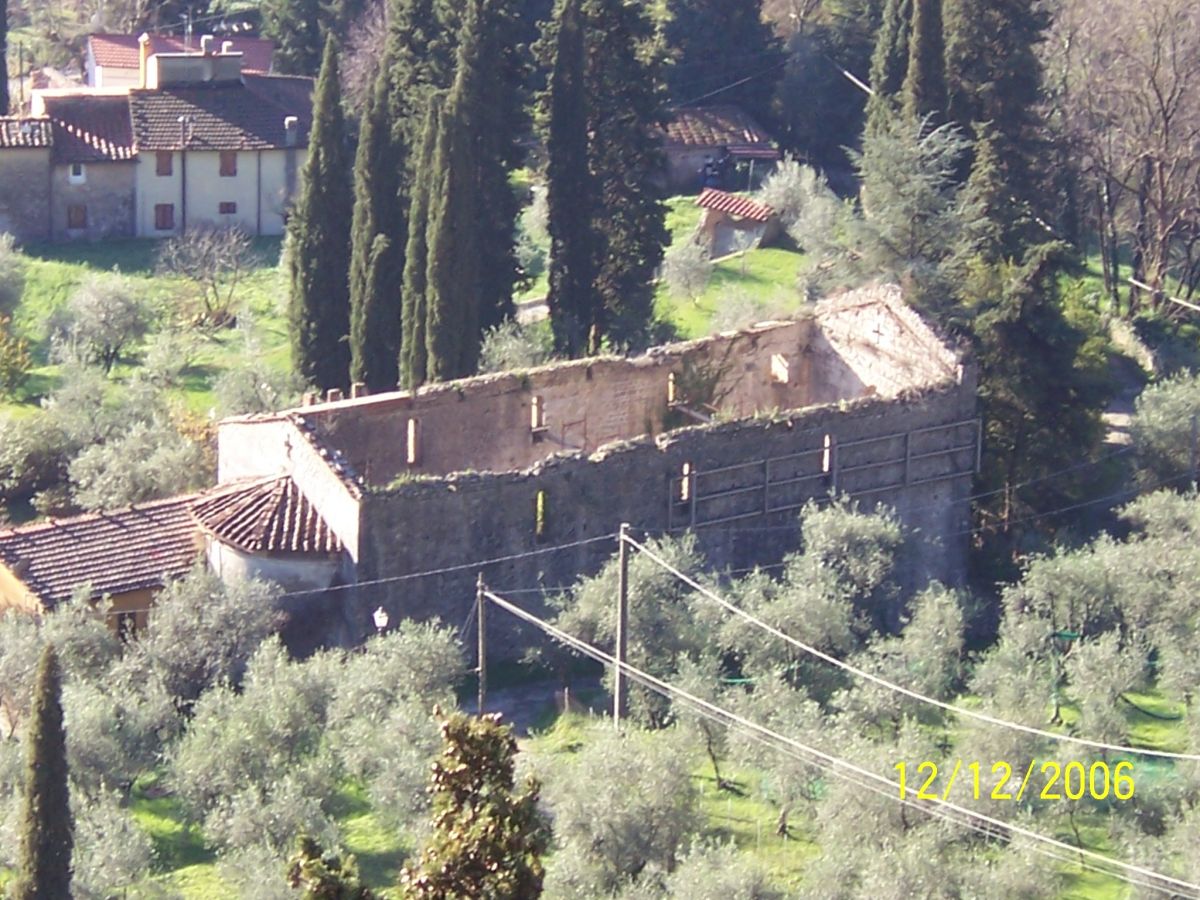 The remains of the female monastery of Gello, dedicated to Saint Martin and later to Saint Justin, are located in the homonymous village which is 2,5 km from the centre of Camaiore. In this monastery once lived the nuns who followed the rule of Saint Benedict just as the monks of the monastery of San Pietro in Camaiore (Badia). The complex was composed of a church and its bell tower, a garden, a cloister, a refectory and the nuns’ cells. All around it was protected by walls. Nowadays, it is still possible to see part of them and to admire the church which is roofless. This building was probably constructed in the twelfth century to meet the needs of the monastery and its style is undoubtedly Romanesque; it has a gabled façade and is made of a single nave and a semicircular apse. In a private area with no accessibility for tourists are also the small seventeenth-century bell tower, remains of the original one and part of the cloister where the pit and a cell wall still exist. 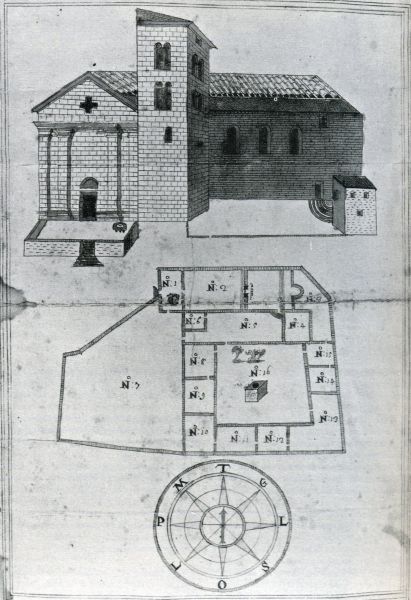 According to the oral tradition, the monastery was founded in 1089, but the first written document testifying its existence is dated 1148. It is a seal signed by Pope Eugenio III via which he put the monastery under his own protection and confirmed its possession. Besides that, the monastery was given the privilege of owning a cemetery and of receiving lay brothers and from that moment on the nuns were allowed to elect the priests of the dependent churches. In 1188 Pope Clemente III reiterated what established by Eugenio III. In a document dated 1248 the monastery is said to be under the patronage of Simuccio, a nobleman from Montemagno. No further information about the complex is provided until 1347 when a contract attests the presence of eight nuns. In a document dated 1366 it is evident that the building was suffering from economic decline. During a pastoral visit in 1383, the few remaining nuns were exhorted to repair it. The history of the monastery in itself ceased in 1405 when it was suppressed. On the other hand, the church continued to be used till the twentieth century, even though during the years it went through hard times. In 1710 the original bell tower was run-down and in the eighteenth century it was substituted by a new and smaller one. From then on, the complex experienced continual transfer of ownership. First it was nationalised, then was sold to private citizens. In 1874 it belonged to Reverend Masseangelo Masseangeli who ordered the church to be partially renovated. An epigraph standing in the building celebrates the restoration work that mainly concerned the roof cover, which was elevated. Yet, already in 1944 the state of the church and the ceiling were critical. In 1963 the building was acquired by Ms. Maria Luisa Araujo who strived to safeguard it, but eventually decided to donate it to the Comune di Camaiore, having big difficulty with the restoration. Recently, the church underwent structural works: the building was enclosed in a metal cage to prevent it from collapsing. Anyway, by now the state of the building is critical. 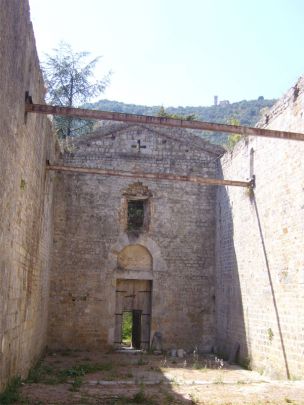 THE CAPITAL OF GELLO

From the church of Gello it comes a marble capital sculpted on all its four facets and dated from the second half of the ninth to the tenth century. Due to its presence in the church, the building may be thought to be more ancient than registered by oral tradition (1089). Where the capital was originally located is unknown. Maybe it was sculpted for a primordial coenobium (a community of monks following the same rule in a monastery) in Agellum, but it is equally possible that it came from the monastery of San Pietro in Badia (Camaiore). 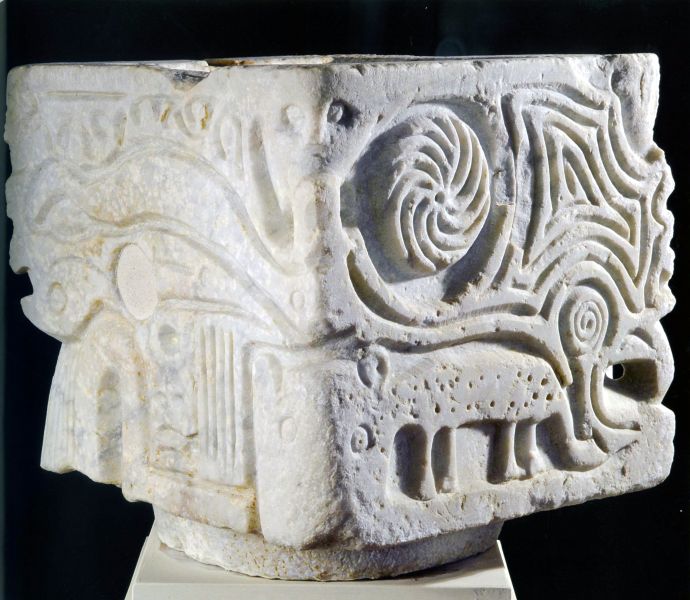 The capital is cube-shaped and is very well preserved. The hole on one of the facets proves that it was reused as stoup: in medieval Tuscany it was a wide-spread practice. The manufacture is entirely decorated with engravings. On the top and on the bottom a thin groove functions as a frame; four human heads cover the edges; the rest of the surface is filled with geometrical, animal-shaped and abstract figures. The artwork is very difficult to date because of its uniqueness: nothing of that sort was discovered in the territory of Lucca. Even if it was classified as Langobardic, it is likely to date back to a later period: even if it includes abstract early medieval decorations, in respect with Merovingian and Visigoth manufactures of the sixth or seventh century and with Langobardic ones dating to the eighth century, it does not contain almost any traces of classical motifs. In addition to that, it is embellished with local figurative elements which can be dated around the year 1000. Thus, the capital cannot be classified as Langobardic. It is more probable that it belongs to a period between the second half of the ninth century and the tenth century, which means in an almost pre-romanesque phase when early medieval motifs still survived. By now, the fascinating capital of Gello is exhibited at the Museum of Villa Guinigi in Lucca. It is possible to see a marble reproduction obtained through 3D scanning at the Archeological Museum in Camaiore. 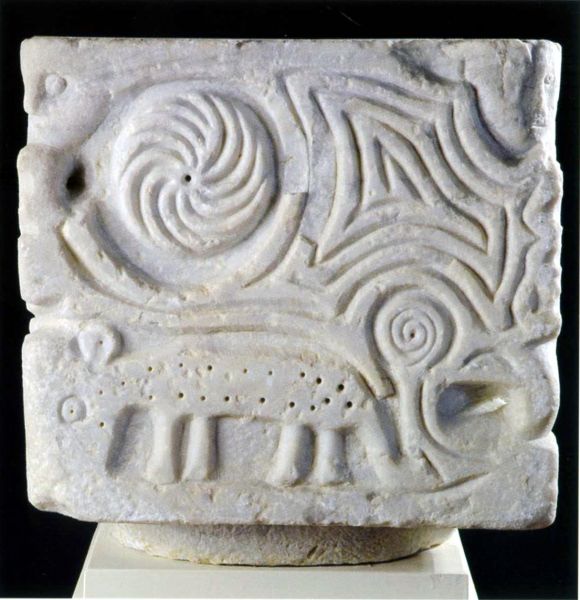