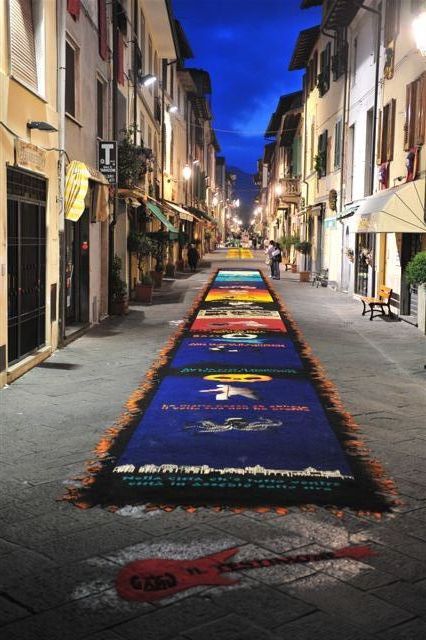 Every year, in the historical center of Camaiore, there’s the traditional procession of Corpus Domini. On this occasion, it renews the creation of the “Carpets of sawdust”(Pula in the local dialect),which are made along the city streets by groups of artisans, during the night between the Saturday and the Sunday of Corpus Domini. The preparation of this “painting” however, starts many months before with the choice of the subject, inspired by religious and social themes, then, with the preparation of the perforated panels of plywood, which serve as molds for the creation of the images and with the coloration of the sawdust with the aniline dissolved in the water, to reproduce a wide range of shades and tonal nuances, which serve for the final realization of the “carpet”.

The community of Camaiore celebrates the Corpus Domini with a solemn procession from the end of ‘400, as attests a document preserved in the Historical Archive of the town, which dates back to the XV century. The solemnity is quoted in different deliberations and documents, which during the centuries witness the strong adhesion of the population and of the institutions.

The tradition of the “carpets” begins to be established during the ‘800, it seems that this custom was born taking inspiration from the Spanish servants of the Bourbons, which used to create carpets of flowers to welcome their lords when they arrived to stay in the villas in Versilia. Some servants suggested to the people of Camaiore to decorate the city streets with carpets of flowers, during the Corpus Domini.

Since the early ’30 appeared the “ pula or sawdust”, which substitute progressively the flowers, until it became the unique material used for the realization of the carpets. During the years, this event plays a more and more interest, powered by the challenge between the different groups of citizens “tappetari” .

At the same time the technique is perfected and the carpets, length up to 200 m, reproduce increasingly complex images, in which the schematic and repetitive drawings leave space to the representation with an evidentiary search of the chiaroscuro and of the plasticity.

This tradition repeats every Saturday previous to Corpus Domini, the different groups of artisans start the creation of these artworks, along the streets of the Historical Center, which are realized in a only night, during this night the “tappetari” work hard, juggling between shapes of carved plywood, sawdust and colors.

Dawn on Sunday, the carpets are prepared to be delighted, but only for a few hours, before they are destroyed during the procession of the infidels. 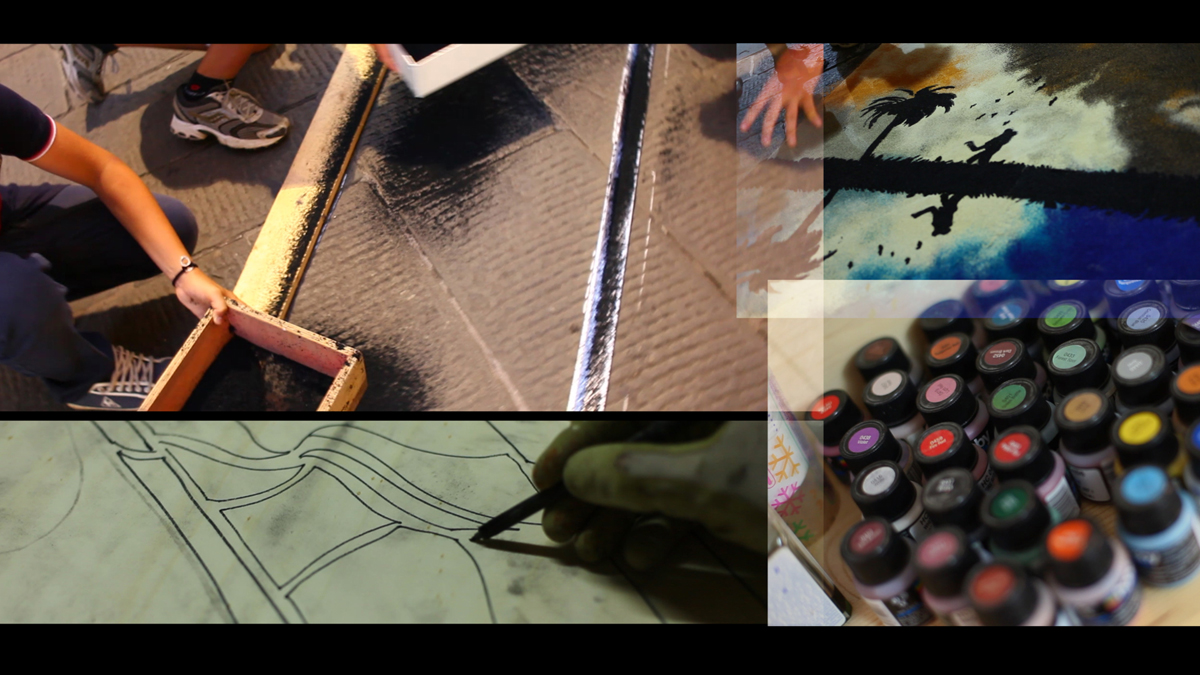 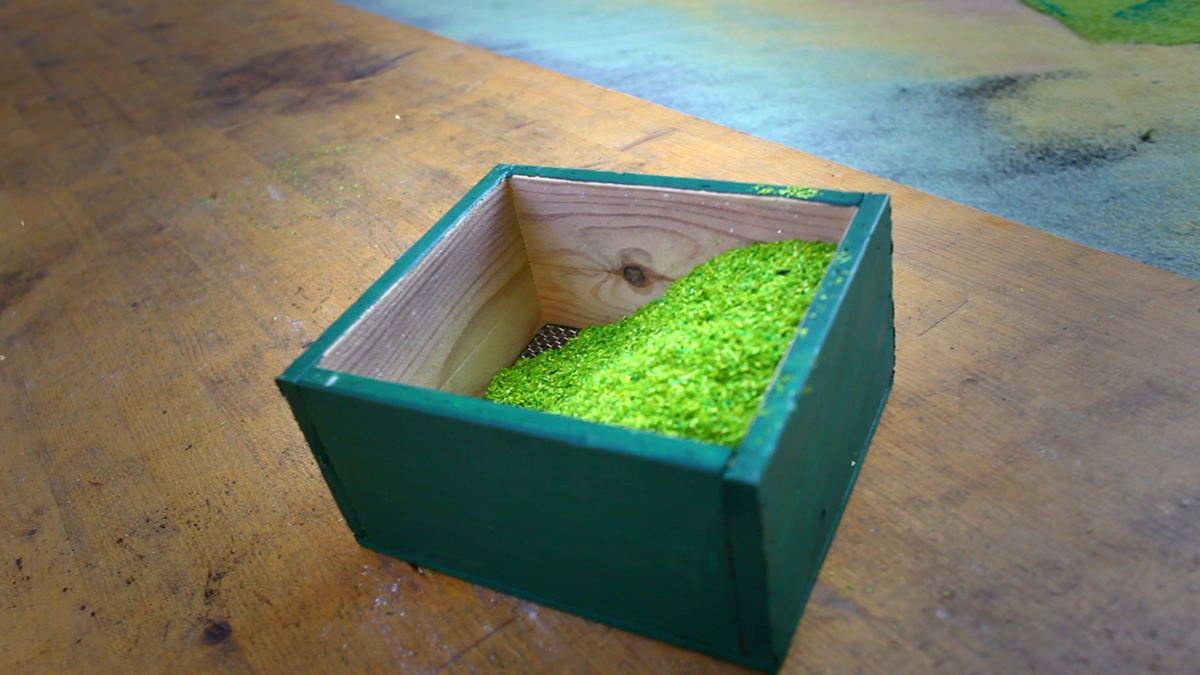 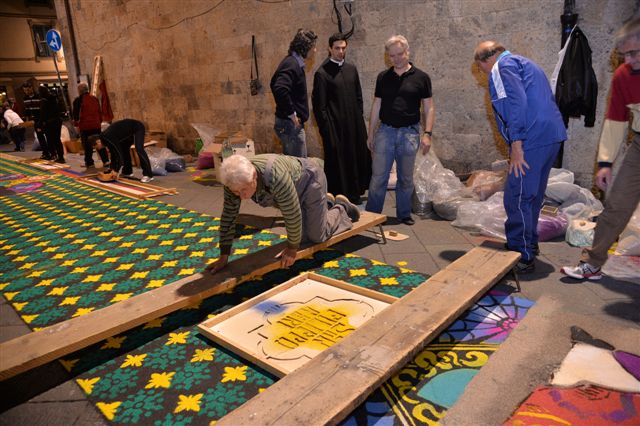 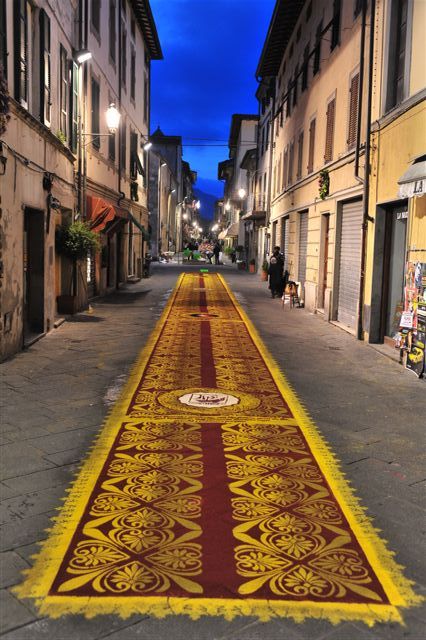 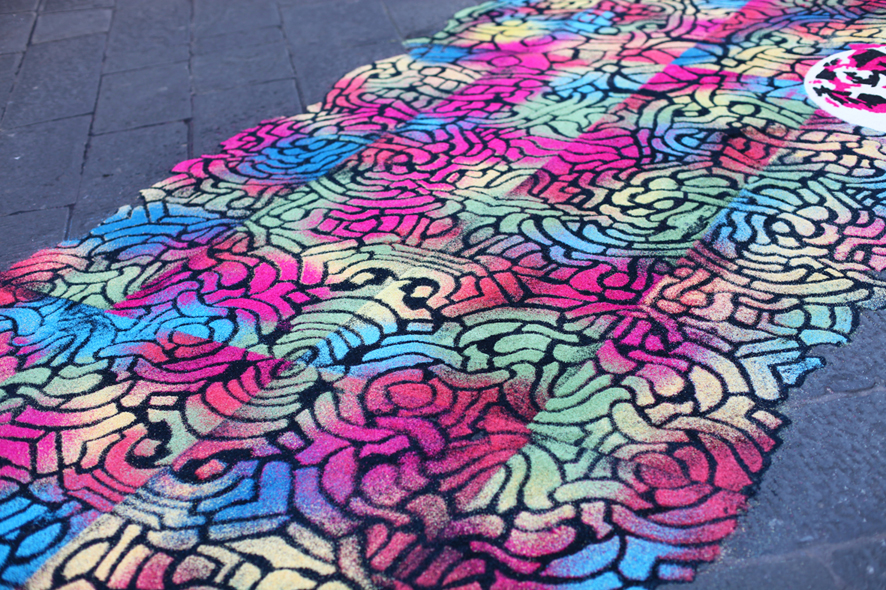