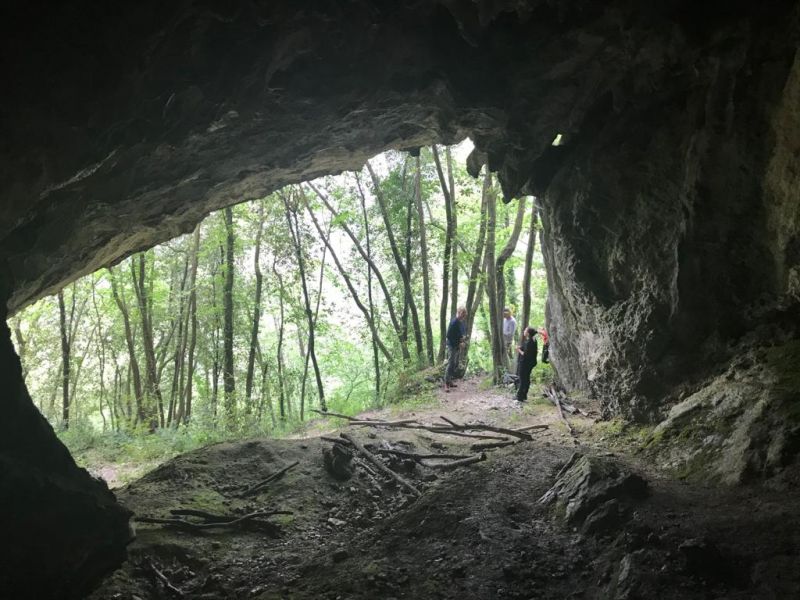 The cave is situated on the western side of the Ciurlaglia Mount, above the town of Metato and a little bit further the cave of Schizzolino. At the entrance it is 12,50 meters wide and it is24 meters deep; it also has a wide hemispherical vault.
Discovered by Nello Puccioni in 1914 on behalf of the Research Committee of Human Paleontology in Italy, it has revealed the presence of human bones belonged to at least six people: 4 adults, one young and one child. Together with the human bones it was recovered a scarce grave goods composed by nine ceramic fragments, one sliver scraper and two lithic arrows. There were recovered also goat-sheep, roe deer and boar’s rests.

The artefacts have been dated to the Eneolithic Age.